The first Catholic school in the Maitland area is believed to have been at East Maitland.

St John's history began two decades later when Dean Lynch bought land in Victoria Street and on April 7 1856, the foundation stone was laid. A document buried under it records "the proposed building will be a handsome brick structure in Victoria Street with a stone portico in front. It will be two-storied, the length of it being 50 feet by 20 feet in breadth, and a height of 23 feet". The school room for the boys was on the lower floor and the girls' room was on the upper level.

The school was named St John the Baptist School and instruction was by lay teachers until the arrival of Sisters of the Good Samaritan in 1864. They withdrew from the school three years later and, in the brief interval before the Dominican Sisters arrived to take charge on September 16 1867, the school was staffed by 'Miss Healy'.

In 1866 the NSW Colonial Government proclaimed a Public School Act and issued a certificate to St John's School accrediting it as a "Denominational School" under the Act.

In 1874 St John's Primary School was built facing Cathedral Street. Bishop Murray wrote on September 14 1882, that two Patrician Brothers had already taken charge of St John's Boys' School. They left Maitland in 1888. The Headmaster for nine years until 1898 was a Mr H. A O'Connor, who was succeeded by the Marist Brothers.

Around 1910 a large addition was made to St John's School in Victoria Street. A room downstairs was used as a Kindergarten and the upper-storey was divided into two rooms.

The playing area was expanded in 1946 when an adjoining site was bought from the C.B.C. Bank and an Army Hut was installed as a school hall.

The school was further renovated in 1952 and again three years later after the 1955 flood and in preparation for the school's centenary the following year. The renovations included an external staircase and the occupation of an adjacent building. This building, now demolished, originally contained two homes separated at ground level by an arch over a carriageway. One section was used as St Mary's Commercial School and the other remained a residence. In 1956 the commercial classes were moved and St John's pupils moved in.

This building was demolished after it was bought by the Parish in the 1960's. The site provided an additional playing area and the two-storey brick building which now houses Kindergarten. Two upper-level classrooms were also constructed.

The acquisition of demountable classrooms completed the necessary additions to accommodate the nine classes that were at the school at the time.

In 2009, we were thrilled to be granted substantial funds from the Rudd Government as part of the Building the Education Revolution Package (BER).

By the end of 2011 we were the proud new occupants of $3.5 million worth of new buildings.

Our project was among the largest in the Diocese.

Our new facilities include:

In 2016, funding was granted to refurbish the interior of what we call “our old building” and the new beautiful, modern, light and airy classrooms became our kindergarten block. The area is complete with a disabled toilet and a lift for easy access. 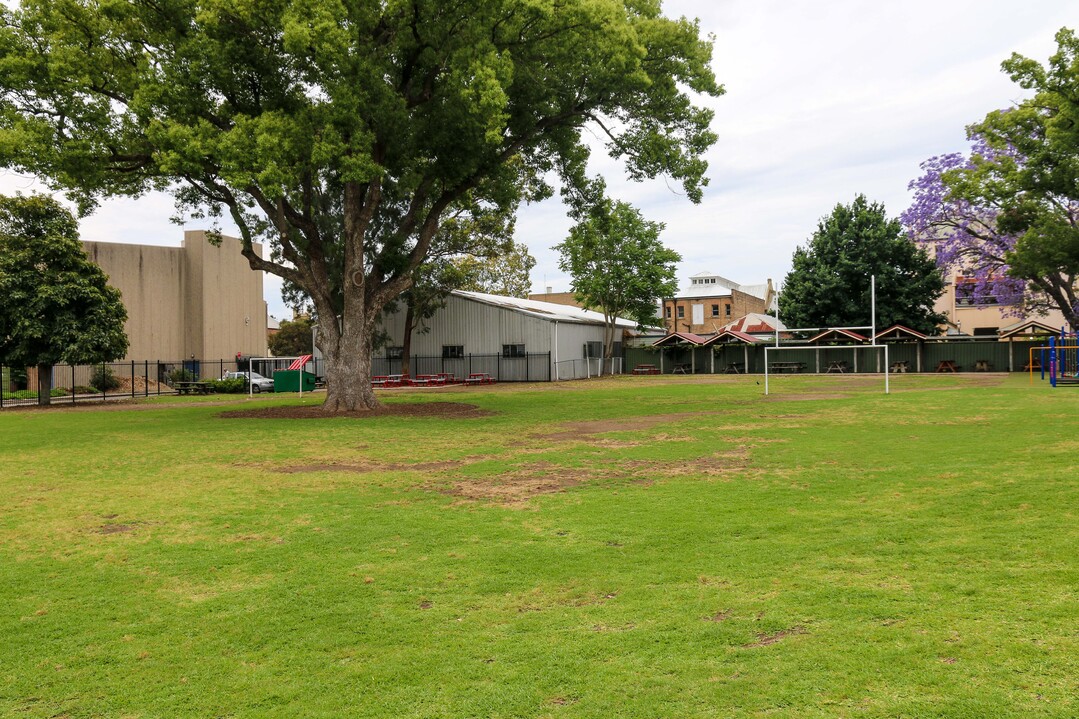